Signs of new physics: where and how to look? 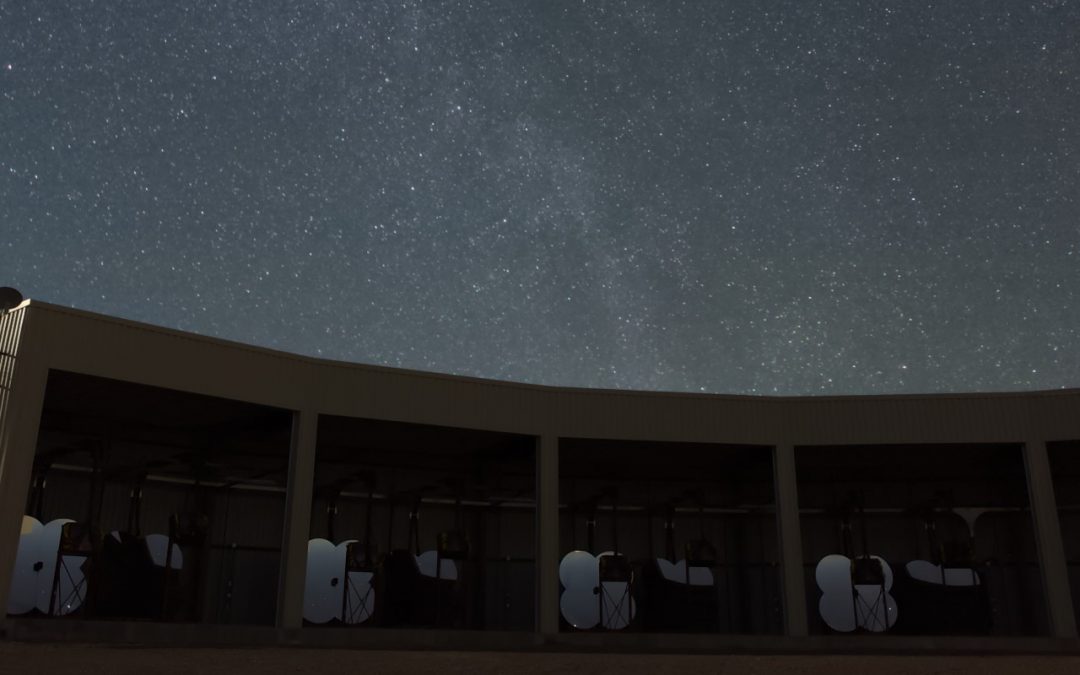 Saphir Millennium Institute postdoctoral researcher Pedro Urrejola talks about what excites him about particle physics and the aims of his research. He says that, to discover new particles and extend the standard model, it is not enough to have more and better detectors: analysis tools such as software and reconstruction algorithms must also be improved.

As a particle physicist, one of the things I am most passionate about is understanding what matter is made of and whether there are more interactions that we don't know about.

I love to understand my discipline from a historical point of view, starting from the first philosophical ideas - with Democritus proposing that everything is made of indivisible particles that he called "atoms" - to the scientific approach. When atoms were discovered, it was thought, like Democritus, that they were indivisible (even their name means that: they cannot be cut or divided). In other words, atoms would be a kind of fundamental building block from which everything is constructed.

But then, through various experiments, such as Thompson's and Rutherford's, it was found that the atom separates into a nucleus and an electron, and that the nucleus, although 10 000 times smaller than the atom as a whole, concentrates almost all of the atom's mass. To understand it better: if an atom were as big as an elephant, its nucleus would be the size of a flea's egg. And that flea egg would concentrate almost all the mass of the elephant. 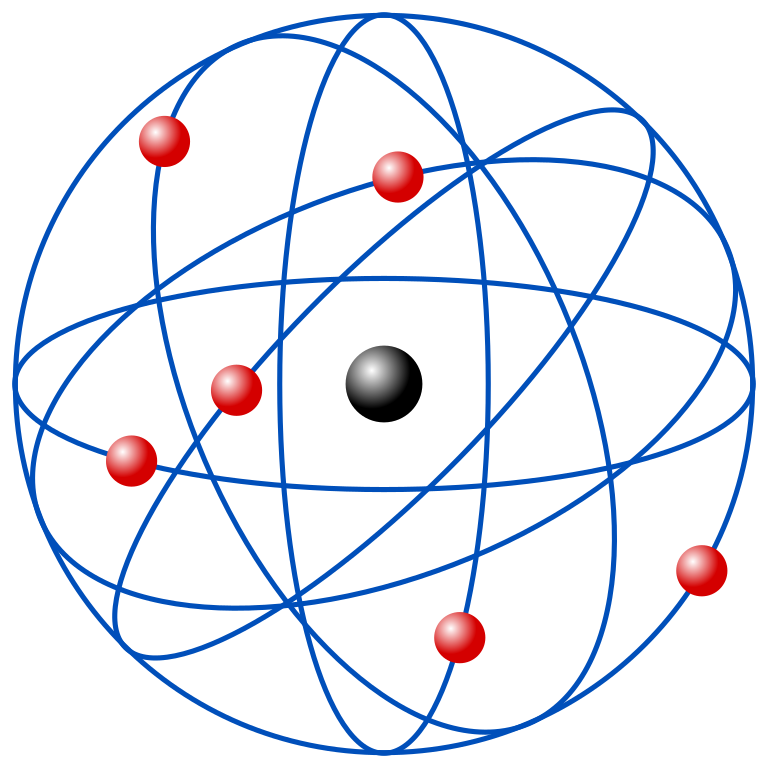 Rutherford was the first person to propose that there is a central nucleus that concentrates all the positive electric charge and more than 99% of the mass of the atom. Around this nucleus orbit the electrons, which carry the negative electric charge of the atom, but only a tiny part of its mass. The dilemma of how several positively charged particles could be held together in such a small volume later led to the discovery of the strong nuclear force.

Rutherford was the first person to propose that there is a central nucleus that concentrates all the positive electric charge and more than 99% of the mass of the atom. Around this nucleus orbit the electrons, which carry the negative electric charge of the atom, but only a tiny part of its mass. The dilemma of how several positively charged particles could be held together in such a small volume later led to the discovery of the strong nuclear force.

It was later found that the nucleus is composed of protons and neutrons, which were also thought to be indivisible or fundamental. And so it was until it was discovered, thanks to modern particle accelerators, that protons and neutrons are themselves composed of quarks. It is now presumed that both electrons and quarks are indivisible. Current evidence supports this theory, but physics is not closed to the possibility that they may have structure and be made up of other particles.

In search of supersymmetry

Particle accelerators have made it possible to explore the very smallest universe. Not only has it been possible to study the internal structure of the proton: new particles and interactions have also been discovered. These new forces and particles were modelled theoretically and classified in what is known today as the standard model of particle physics. Although the standard model is the most accurate theory currently available and is strongly supported by experimental data, it has many problems and anomalies that it cannot explain: the mass and oscillation of neutrinos, the existence of dark matter and the asymmetry between matter and antimatter in the universe, among others.

During my PhD years, I searched for signs of supersymmetry using data collected by the Atlas detector during 2015. Supersymmetry is a model beyond the Standard Model that can technically solve many of the problems of the Standard Model. It is even the basis for theories of quantum gravitation, such as string theory.

Supersymmetry proposes a symmetry between matter and its interactions: if we assume that this theory is correct, there should be unknown particles that have not yet been detected. Several efforts have been made to search for and find supersymmetric particles with current detectors, but no significant evidence of their existence has been found. This has caused the search for supersymmetry to be constantly rethought: although it has not been proven, it is not possible to rule it out either.

The Large Hadron Collider and its many experiments (Atlas is just one of them) are constantly searching for new particles, possible new fundamental forces and signals to resolve anomalies in the standard model of particle physics. 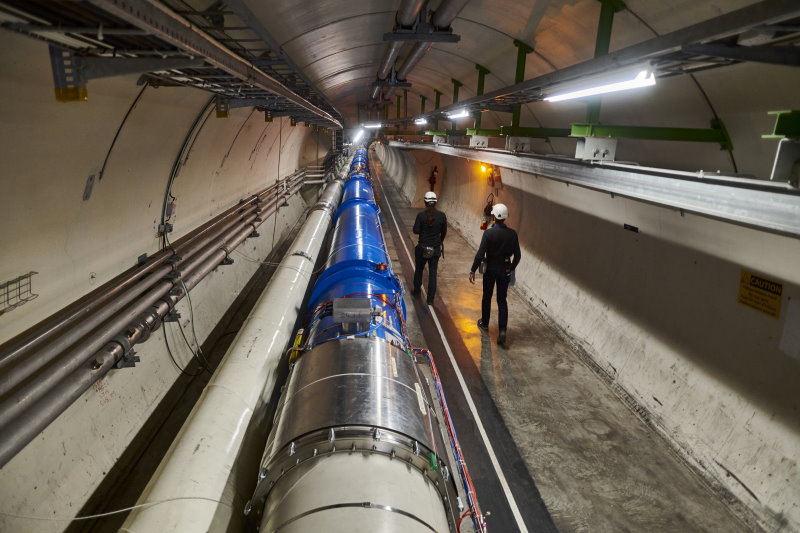 The Large Hadron Collider and its many experiments (Atlas is just one of them) are constantly searching for new particles, possible new fundamental forces and signals to resolve anomalies in the standard model of particle physics.

At the Atlas experiment Large Hadron Collider is not only looking for supersymmetry, but for any signal that can demonstrate the validity of different models beyond the standard model. These new models often predict the existence of new particles and sometimes involve slight variations on established measurements of the standard model. This is why it is necessary to study thoroughly both processes with exotic signals (which may indicate the existence of new particles), as well as to make careful studies of well-known signals. Any deviation from the values predicted by the standard model - as the measurement of the mass of the W boson by a team at Fermilab in April 2022 - could be the evidence of new physics we are looking for. In short, we are at a point where we know that the standard model is not perfect and we know its flaws. The hard part is knowing where to look for possible evidence of new physics.

In this framework, my postdoctoral research project consists of looking for signs of violation of leptonic universality. That is, to look for processes that occur differently for electrons than for muons. Recall that the muon is a particle very similar to the electron, but unstable and of higher mass: it is like a big brother of the electron that interacts more weakly with ordinary matter. The standard model postulates the universality of lepton couplings, but there is encouraging evidence that this is being violated. One possible example is the study of the properties of the Higgs boson, mainly in events containing electrons and/or muons in the final states. The aim would be to study the production of Higgs bosons in proton collisions and compare the decay channels for electrons and muons by looking for differences.

Another interesting search is for decays of the Higgs boson to an electron and a muon channel which is also "forbidden" by the standard model. I am also starting a study looking for new, more massive interactions and their possible exotic decays.

The project starts by testing, studying and analysing the behaviour of the new muon detectors that were built with the Chilean collaboration and that were recently installed in the "New Small Wheels" (muon detectors designed for high-light conditions) of the Atlas experiment.

The installation of new detectors is part of the continuous improvement of the detector: this allows to increase the precision of the measurements, which is essential for further investigation of all the physics and properties mentioned above. The aim is to test and calibrate the detectors so that the whole collaboration can use them and that they will indeed improve the accuracy of muon reconstruction and identification. Once calibrated, the idea is to use these detectors together with other Atlas sub-detectors to search for signs of new physics and to make even more precise measurements of the behaviour of the Higgs boson and its interactions.

However, making improvements to detectors is not enough: the analysis must also be improved, i.e. the software and algorithms for reconstruction, selection and analysis of the data must also be improved. And, to achieve this goal, all the development and progress made in recent years in the field of machine learning. These tools will serve, for example, to classify data more robustly and efficiently and thus make it more statistically significant, which also translates into more accurate results.

Perhaps, as with the discoveries of Thompson and Rutherford, we are on the threshold of new discoveries in physics. Perhaps these more advanced detectors, combined with new analytical tools, will lead to an understanding of physics as revolutionary as when it was discovered that atoms are not indivisible. Only research and time will tell.